Kernel considers the sale of assets in Russia — Verevskiy

The Kernel company considers the stock sale of the deep-water grain export terminal in Taman (Russia), the WSE reports.

“There are several potential buyers interested in the asset. If we get a satisfactory price, we will seriously consider leaving the Russian market,” says Andrei Verevskiy, Chairman of the Board of Directors of Kernel.

The exchange's report states that in 2012 Kernel and Glencore acquired 100 per cent of the shares in the deep-water grain terminal in Taman port from the EFKO Group (mayonnaise and Sloboda sunflower oil producer). At the time of the transaction, the terminal value was estimated at USD 265 million, the Kernel report said. The company owns a 50 per cent stake in Taman Grain Terminal Holdings Limited. In 2018, Kernel assigned its transshipment quota in the Taman facility to the 3rd party. 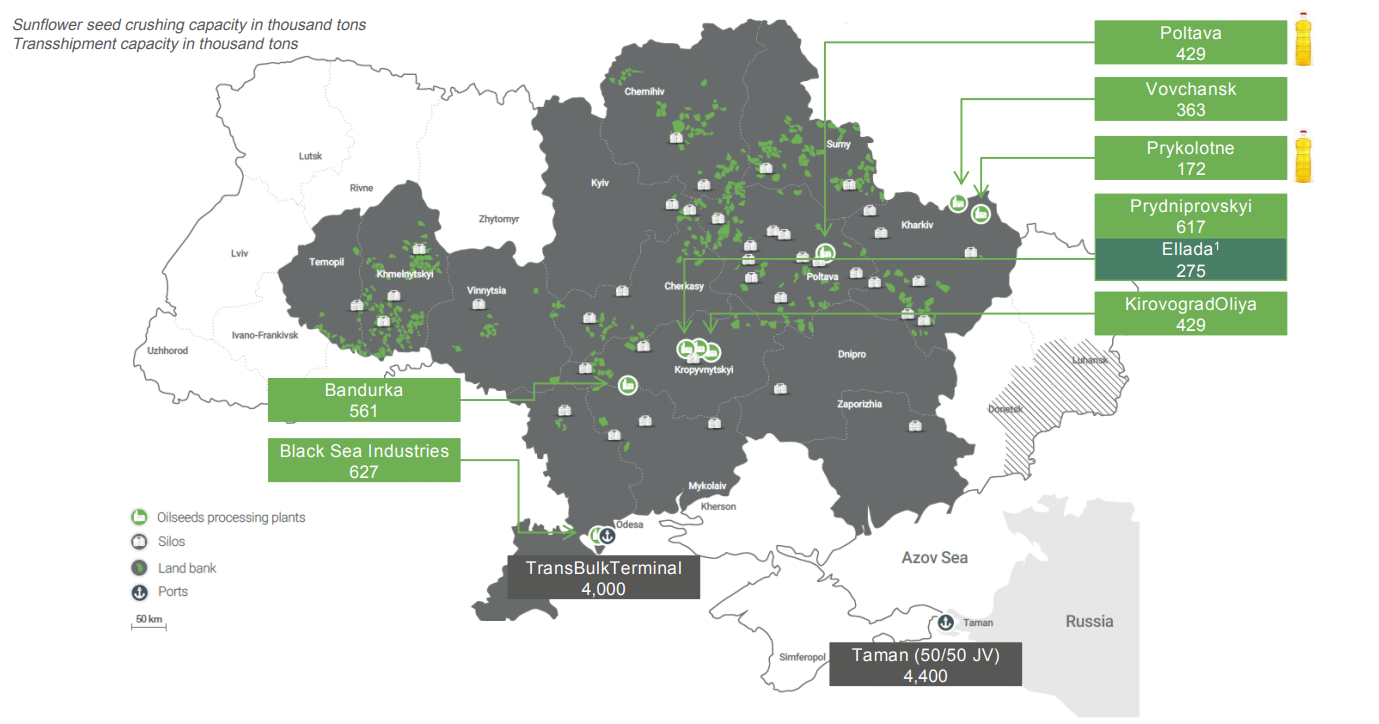 Previously it was reported that VTB Group was negotiating a purchase of Kernel's 50 per cent share in Taman.